General Info
We want our customer's to be treated like family. To make a good decision about your vehicles' repair, it is our duty to inform you of your options and the other issues that you may be facing in the coming months, whether you want to hear them or not. This enables you the option to decline the repair before your car appears to be a "money pit". We are often thanked for our frank, but sincere philosophy to do the right thing for our customers.
Email
We will respond within 24 hours
Extra Phones 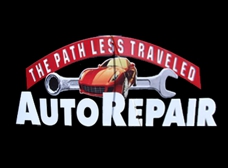 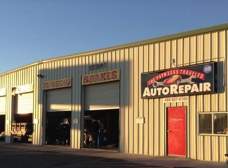 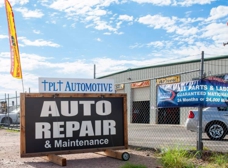 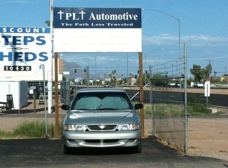 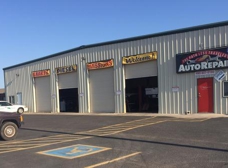 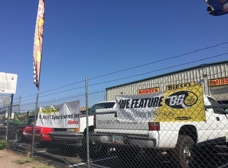 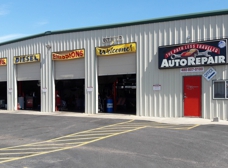 A couple months ago, I started down the road and heard a funky pop. Two miles later, luckily I looked down at my temperature guage and it was reading all the way HOT. I immediately pulled over and called roadside assistance. I noticed coolant leaking and poured distilled water into the radiator and determined my water pump was busted. To replace my broken water pump, a couple other shops wanted at least 500. Justin, at The Path Less Traveled quoted me around 350 so I had it towed there, due also to their geat reviews which they've earned.

When I got to the shop with the tow, they immediately tested my coolant for any signs of a blown head gasket (the result of driving too long while overheated). Fortunately mine was still intact. They looked at my coolant hoses on my 20+ year old car and determined they were the factory originals so we discussed changing those as well. I also understand that my timing belt had to come off for them to get to the water pump so I askedaif they could replace that as well since it had been a few years. They also suggested I may as well replace the thermostat.

They were busy, but they called me the next day saying they had gotten to work on it, but could only find 4 of my 6 coolant hoses in the entire country. Mike, one of their all star mechanics was handy enough to fabricate the two coolant hoses on his own.

So for just over 500 dollars (what I was quoted for just the water pump by two other shops), I had my water pump, timing belt, coolant hoses and themostat replaced. The guys there are genuine, honest, straightforward, personable and do great work. It has been nearly two months and I haven't had a problem whatsoever. Deepest thanks, gentlemen.

I took my van into Mike's shop. This Guy is The REAL Deal. I have never been so throughly educated on what was going on with my vehicle. He is the most patient and honorable dude I've ever had the pleasure of taking my car two. I love the fact that he tells me what is an immediate need and what I can expect down the road. Its hard to afford to fix and maintain everything at once. I was referred to Mike by my dad who use to be a mechanic and finds fault in everyone except Mike. I've been going to see Mike for 7 years now. Go see him, you will not be disappointed.

I took my car in just to have it looked at. They lied to my husband about me authorizing them to charge me for something I DID NOT! DO NOT GO THERE, THEY ARE NOT HONEST AND VERY RUDE! I tried to work with them but they wouldn't help me at all. I wouldn't even give them one star if I could!

World Class is not a high enough rating for Mike & TPLT! I have been a dedicated customer since the first time he serviced one of our vehicles! My first experience was really unbelievable. It was on an August day when it was closer to 120 degrees than 110! I lost a wheel bearing on Main near Greenfield (old shop location). Mike walked across 6 lanes of traffic in that heat and offered assistance. Not only did he repair my vehicle timely (stayed until 7PM to make sure I had my vehicle for the next day!), he fairly priced the job and was $200 under what some later priced the job at! The vehicle had recently been at the Toyota Dealership at Superstition Springs for a 90K and the Service Writer had estimated $1200 to get everything in order. The Toyota Service Writer even went so far as try to scare me with horrible tactics to persuade me to get that service done right then! Mike looked at the list after going over the vehicle and told me I really didn't need about $900 of that estimate immediately and added that some of it "really didn't to be done until the part "needed" to be replaced! Mike's honesty & ethics & morals should bring him all the business he needs but, he is a modest man, and not a bragger at all. He treats men his age as a brother, older men as a father, younger as a son, and women as either a daughter, sister or, mother! What most don't know: He once drove overnight to San Diego to help a stranded young lady & her group "enjoy" their time away and get back home safely simply because he cared and put himself in the "shoes of the girls parents". He does go "above and beyond" and deserves all the good to come his way! Once you find Mike & TPLT, you'll never want to trust your vehicles to anyone else!

If You Need Automotive Repair And Don't Want To Worry About Being Treated Honestly, Go See Mike And His Staff. You Will Always Receive The Best, Most Honest Service Anywhere. You Will Never Be Disappointed.