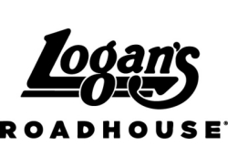 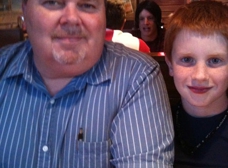 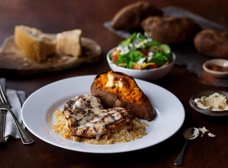 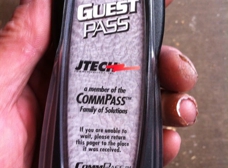 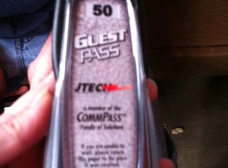 If it was not for the group of friends I am with I would leave. Food is way to salty everything on my plate.

I am really not one to complain at all when we dine out, I have worked in the food service industry back in my 20's so I know that its not always easy. I am compelled to write this review because I think people need to know that we had dinner at Logan's Roadhouse the first time about 6 months ago and it was just ok then, but I am always one to give a second chance on something just in case they were having an off night. On May 23rd 2012 we decided to go there for my boyfriends Birthday. We were a party of three. The waitress was very nice, this was the only good thing about the place. We ordered 3 steaks. I ordered the steak and jumbo shrimp scampi. 2 steaks were ordered medium rare, another just medium. When our food came my steak was cooked medium as well as my sons (both of ours were supposed to be the medium rare) I decided not to say anything and proceeded to try to cut the steak. I kid you not, it was like cutting through shoe leather. It would NOT cut and his would not either. The birthday boy said his was ok and he could deal with his even though his was the same way. I sent my steak back along with my sons and told them that it was impossible to cut, even demonstrating to her how tough it was. She took them away and when she did I told my boyfriend just to go tell her to take my steak off and I would just have the shrimp scampi on my plate. Off he went to find her in the kitchen. As he walked back there he actually heard the cook tell the waitress, &quot;Well, they are tough, thats just the way the cut of the meat is&quot; hmmmmmmm. As he got back to the table he told me this and I said well they shouldnt be serving it then. (by the way this was the $19.99 steak and jumbo shrimp scampi I ordered) I thought it was no big deal as the Jumbo shrimp was hearty and would be plenty enough for me to enjoy. However, I had noticed when she set my plate down that there was this strong fishy smell about the shrimp (for those that do not know, there should NEVER be a fishy smell on your seafood, If there is that means it is not fresh. Seafood should not have that smell). I tried to take a bite and immediately spit it out in a napkin, it was putrid even my boyfriend with the cast iron stomach that can eat anything said &quot;Thats BAD!&quot;. About that time my sons &quot;remade supoosed to be medium rare steak} came out delivered by the manager and I proceeded to try to cut it while he stood there. Same thing, it was like shoe leather. I even handed the knife to the manager and told him to try to cut it. He did and I noticed he was having a tough time getting through it but acutally said to me, &quot;It seems ok&quot; So not wanting to just keep complaining, I said ok, never mind he will eat it then. I had them take my dinner off the ticket while I sat and watched everybody else eat. The ticket came to $53 and I could have gone to Kroger's and bought 3 nice steaks with all of the extras for that. Giving the prices that they charge which in my opinion are pretty high, I will never go there again and I think its important for people in our community of Benton and Bryant and especially those traveling through to know, it is going to be a gamble when you go there if your looking for a nice meal. Save your money if your looking for a great steak, either go to Colton's steakhouse a little ways down the road from them or Butcher Shop. I know I will. Or if looking to make your own Kroger's has great cuts of meat in their case.

The steak was not cooked how I wanted and I was not impressed with the quality of the meat. Standard of waitressing and service was very poor. We had almost finished our meal by the time they brought our friends grand daughters food despite 3 assurances it was on it's way. One of our chairs had something on it which ended up on our friend's trousers.when she spoke to the manager he offered her a different chair - his attitude is best described as indifferent.

Would I go back? NO