General Info
Come board your pet with us at Kamp K-9! We have the accommodations for dogs of any size.You can check out our clean, open, friendly facility at any time. We also offer a doggie daycare service for those energetic or lonely puppies out there. Maybe you think your dog needs to be socialized a little better with people and other animals? Daycare is the perfect place for that!You can also call and schedule an appointment with our amazing groomer.
Email
Email Business
Brands
Frontline Plus, Hill's Science Diet, K9 Advantix
Payment method
visa, master card, discover, debit, check, cash
Accreditation 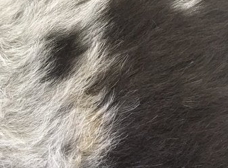 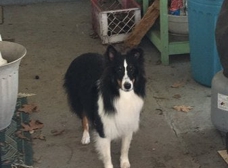 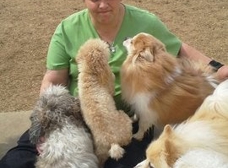 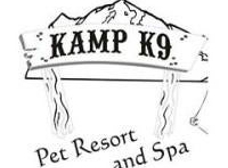 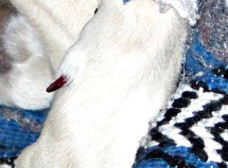 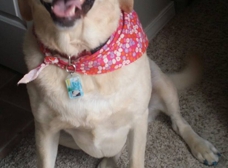 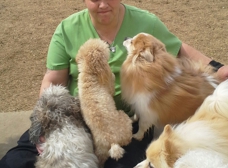 SO excited that I found K9 Pet Resort & Day Spa! I treat my 'fur babies' as my children, & I was very comfortable leaving my 2 girls there today. We were able to be seen on the same day we tried to make an appointment. The staff is great! They had much information about all the services they provide, & work closely w/a trainer there to teach your animals basic obedience skills. And have the ability to train your animal to Service Animal level

For what received, the pricing was beyond what I would call reasonable. 2 large labs were completely groomed, even down to painted toenails ;) for $20/each, due to an in-store special running for the month of January 2016. ($5 extra for the polish)

K-9 Resort and Day Spa is the only grooming/boarding/daycare facility in the area that is owned by a Veterinarian. This made me feel so comfortable knowing that IF anything were to go wrong, we were in good hands and my ladies were safe.

I am SO excited that I found K-9 Pet Resort & Day Spa!

I was very comfortable leaving my 2 girls there today.

We were seen on the same day we tried to make an appointment. The staff is great! They had much information on all the services they provide, & work closely w/a trainer to teach your animals basic obedience skills. Training is available to train your animal all the way to Service Animal level!

2 large labs were completely groomed, even down to painted toenails ;) for $20/each, due to an in-store special running for the month of Jan. 2016. ($5 extra for the polish)

K-9 Resort & Day Spa is the only grooming/boarding/daycare facility in the area that is owned by a Veterinarian.

Reminder: Your animals will get the opportunity to interact with other animals in their Doggie Day Care. All vaccinations & records must be current to keep all pets safe while in the facility.

With my husband and I working full time and having an active Aussie, kamp k9 is a blessing to us! Rodeo absolutely loves this place, he is so shy towards everyone but not towards Miss Erica and the staff! We have to be careful saying "doggy day camp" around him otherwise he will howl and run around until we take him. He always comes home dead tired from all the playing he's done! I love knowing that it is owned by a vet so my baby is always in good hands. You also get updates of your pup playing on their Facebook page! And they appreciate military families! Kamp K9 and Erica have been nothing but accommodating and caring towards us and our Rodeo Bear!

This place is the best! My wife and I bring our dog Sadie there all the time. They send us pictures of Sadie when she is outside playing with the other dogs and it make us feel very good. Erica and the other staff go above and beyond taking care of our girl. We feel like we are part of their family.

my Mastiff has been going here since he was 8 weeks old and he is now two.. this is the best place ever.. Erica goes above and beyond to make sure your furbabie is showed love, and that as a furbabie parent i never worry about the care he gets... i LOVE the fact that the make sure all other dogs are up to date on ALL vaccinations so i dont have to worry about him getting sick.. the care and attention that they provide is wonderful... like Jenny said.. when i open my truck door i dont even have to walk him to the door to go in, he just runs and pushes his way to get in he loves it there!!

Our dogs absolutley love this place. We pull into the parking lot and they are so excited to go in. This really makes us feel good about leaving our pets.

Our dogs love going here. We pull into the parking lot and they get so excited trying to get in the door. They are not even worried about telling us goodbye they are just ready to go play. The staff is very caring and our dogs absolutley love the staff.

We having been taking out dog there for close to a year. They have all of his medical records and his shots are up to date. I called to have him kenneled for the weekend and they asked me if his rabies shot was up to day. The answer being yes, they said to bring him in. They have only asked us about his shots the first time we took him in. My husband took him this morning and they refused him, saying he needed several other shots as well. While I appreciate their efforts in making sure all pets have had their proper shots and are up to day, this has never been mentioned before and now the day of admission we are rejected because of their failure to follow thru. If you ask me, the owner needs to take a look at whom she hires, because this was totally a waste of time and money. We will never be back and if anyone else is considering using this establishment, I would think long and hard before I did.