You're going to liek it here!

General Info
Come experience the difference at Lucas Chevrolet Cadillac! Whether you are looking to purchase a new vehicle or need service on your existing vehicles, we are here to help with an award winning sales and service staff. We have been providing the residents in and around Middle Tennessee the best in customer service since 1965. Each member of our team has been carefully selected to provide you with the ultimate car buying experience. Shop our extensive lineup of new Chevrolet and Cadillac models or our large inventory of used vehicles. We are confident we can find the right vehicle to meet your needs. Let us give you a free professional appraisal on your vehicle or keep it running in top shape at our GM Goodwrench Service Center and highest quality GM parts.Stop by today at 101 S. James Campbell Blvd. or call 931-388-3824 to experience the difference at Lucas Chevrolet Cadillac.
Email
Email Business
Brands
Cadillac, Chevrolet
Payment method
financing available, discover, visa, mastercard
Associations
Better Business Bureau
Other Links 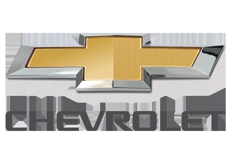 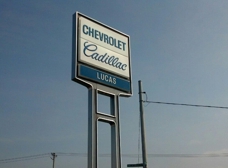 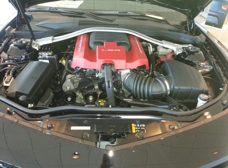 I went into Lucas Chevrolet with the intent to buy a Chevy Spark. I met the salesperson who is the reason this review deserves at least one star. I cannot remember his name but he was very friendly and courteous. I test drove the car and it fell short of my expectations but I was still interested in possibly making a deal. When I went inside the "new" finance manager was at the desk and my salesperson informed me that all negotiations would have to go through him. Once we got the paperwork going the manager ran the numbers and gave them to our salesperson. I gave the salesperson a lowball figure which I knew was out of the ballpark but I wanted to feel out what I was working with. What I didn't expect was the manager to fake a laugh and tell the salesperson "never, never would I do that in any circumstance". The manager comes over and then proceeds to sit down with me and tell me that "GM mandates their prices so they can't go lower than msrp". I then ask if he can go any lower as I "couldn't afford the car". His response was extremely condescending and smug as he said "well you better find a cheaper car". I at that point had enough and proceeded to take my business elsewhere where I spent 2x the cost of the car I test drove. If you want to be insulted and pay sticker for a new car go to Lucas Chevrolet, they won't disappoint.