Email
Email Business
BBB Rating
A+
BBB Rating and Accreditation information may be delayed up to a week.
BBB Accredited businesses follow the BBB Code of Business Practices and pay a fee for accreditation review and monitoring. Accreditation is not a BBB endorsement or evaluation of the business’ product quality or competency in performing services.

BBB Rating and Accreditation information may be delayed up to a week.
Extra Phones 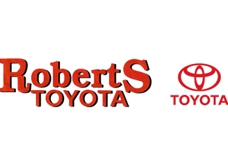 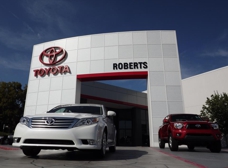 I was helped by Nash Roden and he was patient, kind and didn't try to push anything on to me. The process was quick and painless. I was very pleased with the experience. I definitely recommend Roberts Toyota.


This will be a long review so for those of you who just want to know if I would shop at Roberts Toyota I would have to say No.

When I first entered the lot I was greeted quickly enough, we started the process of test driving a car that was in my price range and close to what I want. The discussion of a CarFax came up, we reviewed the repair history of the car. Everything on the CarFax was clean. The sales rep brought up the 72 point inspection that Roberts Toyota does them self. This was discussed at length. The sales rep spelled out how the inspection works and painted a picture that this inspection would catch any major issues so I need not worry. So I purchased the car after a brief test drive. I drove home without issue, the next morning was another story. I got in the car to drive to work and the belt let out a short squeal that I assumed was a loose belt. That night when I started the car to leave for work the squeal was longer and louder. I was still assuming it was a belt. After 3 days the squeal started to happen not only when starting the car but while driving, there was not a rattle like a bearing burning out and the battery light was coming on. I returned to Roberts where I talked to Spencer the sales manager, he took me to the service center and assured me he would do everything he could to make this right. Spencer told me his tech though it was an idler pulley and told me to come back next week to have it replaced. I went home and inspected the car myself; there isn't an idler pulley on the car. I return to have the car worked on the next week and the service center confirmed my feeling that the alternator was going out. The Service tech also advised me that the 72 point inspection that was so detailed that I wouldn't have any issue has uncovered issues with the water pump, battery and alternator but the sale department didn't want to repair it before sale. So I no own a car that Roberts refuses to fix even though their 72 point inspection flagged the issue and they choose not to fix it.

I would never purchase anything from this place again, nor would I send anyone there to buy a car

Almost two weeks ago, I began searching for a new Toyota Camry. All total, I had conversations with five different dealerships in middle Tennessee. Only one went out of their way to offer me excellent customer service, a great deal, and the best car buying experience I've ever had: Roberts Toyota. Thanks Catherine Roberts, Erin Phelps Smith, Spencer Dudley, and Mike Milligan for your incredible service. I love my new Camry!

They replaced the previous service manager, but the new guy is also incompetent (or else incredibly dishonest) Service is slow; they don't have parts in stock and can't seem to get them on a timely basis. Labor costs are unreasonable.

I'm suspicious of the folks who gave this shop a 5-star rating.--all in a 2-week period of time. Sounds like somebody is trying to cover up for all the bad reviews.

I was very happy with the work I had done to my car at Roberts Toyota in Columbia, TN. Josh was very nice to work with and communicated very well any questions I had about my truck. They had me in and out in no time.

I COULDNT BELIEVE THE AMAZING RESULTS I GOT WITH MY NEW CAR AND THEN ON TOP OF THAT I GOT AMAZING SERVICE!!!! NICE COMFY SEATS IN CUSTOMER AREA, FREE STARBUCKS, FREE SNACKS, FREE WIFI, WHAT IS THERE TO COMPLAIN ABOUT???

I had a great experience with Roberts Toyota! The friendly staff made my experience so easy and comfortable. They were quick to answer any questions I had, big or small. They were extremly knowledgeable and explained everything to me so that I knew everyting I needed to! I am very happy with my new car. Thank you so much Roberts Toyota!!

Stay clear! I have a Toyota with free maintenance. Everything's covered but the tires. Took it here to have the tires checked because the tire light kept coming on. They told me I had a nail in 2 tires. The back one could be patched, but I needed a new tire on the front. Wanted almost $300.00 to fix. Took it to another tire place here in Manchester for a second opinion - the back tire COULD be patched, but the front tire didn't even have a nail or nail hole! Got it fixed there for $6.00!

Buyer Beware! Don't ever do business with these clowns! Once you sign the papers, you are on your own. Save yourself time, money and frustration, buy elsewhere. Toyota makes a great product, unfortunately Eddie Roberts is selling them in Columbia, Tn. Like their ad says, Cool Springs is only 20 minutes away.