General Info
For over 40 years, Libbys Auto & Diesel Towing Inc. has been assisting all clients in auto repair of all makes and models, roadside assistance, towing services and much more. Serving all of Cornersville, TN and the surrounding areas, our professional technicians provide exceptional repair and maintenance services and work on small cars all the way to diesel trucks and 18 wheelers. Our company is fully stocked and ready to assist at any hour with our 24 hour emergency services to help you get back on the road. Call us now.
Email
Email Business
BBB Rating
A+
BBB Rating and Accreditation information may be delayed up to a week.
BBB Accredited businesses follow the BBB Code of Business Practices and pay a fee for accreditation review and monitoring. Accreditation is not a BBB endorsement or evaluation of the business’ product quality or competency in performing services.

BBB Rating and Accreditation information may be delayed up to a week.
Logo 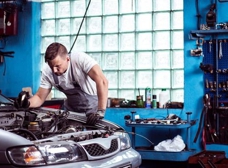 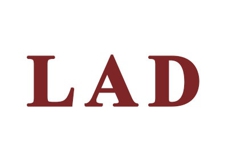 Libby's was very respectful , reasonable & prompt with their service when I broke down on the Interstate in the middle of the night . The service guy & Mrs.Libby was very caring & concerned about my safety as a woman alone stranded . A Big Thank you for all you done to take care of me & my vehicle to get me back on the road to home so quickly & prompt with a great price !

this is a good place to go. it is small but they can the job done. if it is something they cant fix they will find a place that can. they are very friendly and good people

This place is amazing My husband and children broke down in the middle of the night in the middle of now where they were in a Ford Dully that was pulling a 32 foot trailer. Libbys came quickley towed them gave them a ride to a hotel stayed with them to make sure that they got checked as they were about 1500 miles from home. The next morning they call and found out the truck was not going to be able to be fixed and was told the company would come get them and change the hotel to one closer to where they were as they would not be able to tow the truck until monday which was two days they came picked them up relocated them to a nicer hotel made sure they were ok and when monday arrived they came picked them up and took them along with truck to Huntsville and even took them to where they could get a rental car to come home, my husband said they were simply the nicest people and wish he could tell the world how great Libby's Auto and Diesel are. A special thanks from a very worried and releved mother and wife.