"The greatness of a nation and its moral progress can be judged by the way its animals are treated." Mahatma Gandhi 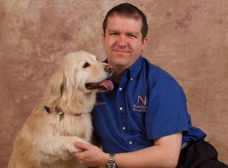 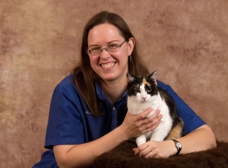 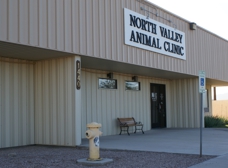 "I am blown away with the fantastic all around service these people have provided! The staff in front was friendly and efficient, when I got into the room they were wonderful with my dog. I didn't have to wait long for the doctor who is by far the best in the area! He was very thorough, friendly and understandable (to where I didn't have to pull out my dictionary every time he spoke) and an expert with not only dogs but all types of animals. I am confident the say that this Veterinary practice is the best I have been to! Thank you North Valley for the amazing care of my dog and we couldn't recommend any place better!"

Our sweet little 7 year old chihuahua Diego passed at the "hospital" today. (1/29/13) At 1:00am we called the answering service because Diego had labored breathing. The operator said that Dr.Dean was the vet on call and has left strict instructions that he is not be be called between 10pm-8am unless its a serious incident. I informed the operator that this was an emergency. She paged Dr.Dean who called me back promptly & asked if I thought he would be okay until 8am. IF I THOUGHT MY BABY WOULD BE OKAY I WOULDN'T HAVE CALLED AT 1:00 IN THE MORNING! He agreed to meet us at the "hospital" & after an exam said that he wasn't in any immediate danger & said to bring him back at 8am for further testing. He said that he could hear "some fluid in the lower lungs but the top of the lungs sounded clear". Upon returning at 8am with a very ill little Diego, Dr.Parker took over his care. She seemed concerned & I feel that she really cared about our baby. She diagnosed Diego with severe double pneumonia and by 11am this morning he had passed.

HORRIFYING EXPERIENCE!!!! I am devastated. My parents had their 8 month old Sheltie pup neutered on Friday 1-7-11. Timmy was having complications and my dad called the office on Saturday to be told that the doctor wasnt available to come in until Monday. My dad called 3 or 4 times over the weekend in a panic as he knew there was a problem with Timmy. He wasnt eating or drinking and he was vomiting. He was getting weaker by the moment and told them that he thinks the pup needed IV to get his strength back. My dad spoke to someone that claimed to be the doctor on call and was told to take the collar off and try to hand feed which he had already been doing. Anyway, long story short, Timmy dropped to the floor early Sunday and passed away!!!!!!! This is absurd! I can't say that Dr Pam did anything wrong in surgery as I don't know that. However, BEWARE- This is the worst case of neglect I have ever heard of. It is uncaring, unprofessional and completely unacceptable to have a animal clinic that does not have a vet physically available for emergencies after a surgery that was performed in THEIR office! My parents are devastated and heartbroken!!! My dad also claimed that the "Dr. on call" , who is only available to talk to one the phone, had limited English and was oblivious to his concerns. Again- this was an 8 month old healthy purebred Sheltie!!!!! He was just a baby that should not have died after being neutered!!! My dad called yesterday morning and got an "I'm sorry" and made an appointment to return their collar!! I am shocked... One would think they would at least offer to take his body and determine the cause of death. I get better treatment and care at the car wash!!!!!!!!!