Email
email
Services/Products
Sporting Good, paintball, paintball games, laser tag, birthday parties, church groups,
Payment method
visa, master card, discover, debit, paypal, cash
Neighborhoods
Sansom Park, Shady Oaks Manor
Amenities
Fun On The Run is the oldest and biggest paintball field in Fort Worth. We are open every Sat from 9 a.m. to 5 p.m. and Sun. from 10 a.m. to 5p.m. We are also open during the week for private groups. We offer all types of wooded, natural and speed ball fields. Alot of fields say they are the best. Visit Fun on The Run And you will realize who is the best! For more info call Fun On The Run Paintball Park in Fort Worth Texas at(817) 237-0299 or visit us on the web: www.fortworthpaintball.com
Other Link 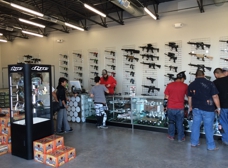 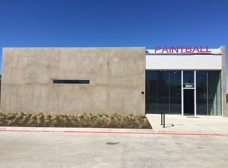 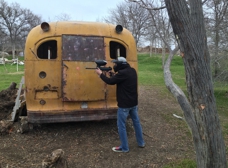 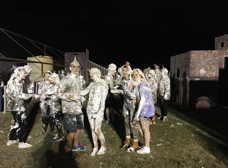 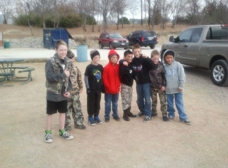 I purchased a Groupon to use at this establishment and according to Groupon you can use even after it expires (you just use the promotional value; amount above and beyond what you actually paid) but when I called the place, the guy tells me they are booked up all weekend and I need to get a refund from Groupon. So instead of taking the coupon like Groupon told me (after expiration) the guy didn't want to mess with it. So apparently they are not worried about new customers and he was SURELY NOT CONCERNED when I told him my two 11 year olds were going to be crushed when I tell them we were no longer going to Fun on the Run. Guess we are taking our biz elsewhere!

This is the best field I have played at. I have played here multiple times and had a great experience every time. The staff and management are always very nice and always willing to help. They have everything you need on site and even have real restrooms not port-a-pottys!! I would recomend this place to everyone. I took my 10 yr old nephew out there to play for his first time and hes been hooked every since. 10 out of 10. I hope they keep up the good job!

I've played at this establishment many times.

The paint is premium, fresh paint that is un-recycled.
The prices are excellent, they have a vast amount of different fields including some awesome hyperball, concept fields,and woodsball.

I went out with birthday party and had the best time of my life. I have played at many fields around dallas and this was the best hands down. I suggest this park to anyone who wants to have a good time and get great service. A+++ Paintball Park Plus, they have very good pricing