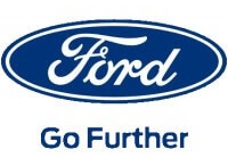 I got in an accident on Oct.28, 2011. I had damage to the front end of my car where several repairs were needed. Ford received my car the following Monday due to the lot being closed on the weekend. When I first had dealings with them they seemed ok...it wasnt very up to standard due to the fact that they couldn't return phone calls or tell me anything about my car. I decided they might just be busy and I would give this a shot. When I spoke to them about when the estimate on my car would be done I was told that they would have that ready within 24-48 hours. After a week of them having my car and me calling every day to check if it was done I finally was told that they had the estimate on how much it would cost and was told that my car would be ready on Nov.18, 2011. I called Jeff(the guy working on my car)Nov 21, 2011 and he told me my car would be ready on Nov 25, 2011 even though I was already frustrated that my car wasn't ready when they had originally told me I decided to let it go since my car was done and I would be able to take it home. When I got to the collision center to pick up my car I realized the job they had done was extremely below standard....don't get me wrong glancing at it you wouldn't be able to tell a thing was wrong with it. It wasn't until I really started inspecting my car that I noticed all the things STILL wrong with it after they had it already for a month almost. My windshield was still cracked, my check engine light was on(which it was not on when I took it in I have had my car for only 5 months), my stearing wheel was not straight, my engine was running extremely hard, my paint had TRASH in it causing it to bubble, my fenders didn't match up to my hood and I could pull them away from my car, my hood was hitting my fender when it shut, from where they painted the inside of my hood you could still see brush strokes like someone just took a paint brush and threw it on there. Needless to say I was very angry, that's when the manager came out and tried talking to me. He was very rude and unproffesional and even had the nerve to tell me he didn't know what my car should like. Are you kidding me? It is now Dec 1, 2011 and I still do not have my car back. I have asked several times for a written statement on what they did to my car and have yet to receive that. I did get a bill from GM since they had to take it there for the check engine light, but still not what I asked for. I did talk to Vaughn today and he said it SHOULD be ready tomorrow...a day which I do have to work. I asked them if I could come and pick the car up on Monday before I left for work since I had already missed one day of work because I was "going to get my car" and they said yes but of course they would not be paying for the rental. So now if my car is actually ready tomorrow I will be having to take more time off from work due to their mess up and the inconvenience they have caused. No one there really seems like they care about any of this and something should be done about this. I don't understand how someone can be in business and run it the way they do.