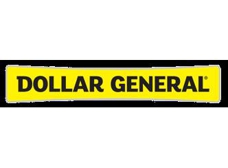 I recently moved to Perryville Mo. and went to Dollar General...a store I generally enjoy shopping at. This turned out not to be the case at this store. The folks wore no smiles and seemed depressed to be working there. I made several purchases there, as I usually do at any Dollar General, among these four spices I needed to cook with. When I needed to use the lemon pepper I bought it was as hard as a rock and unusable. I checked the other three spices and two of them were unusable as well. Rather than return to Dollar General, and the dour personnel I met there, I threw them away and went to Walmart. I won't be back to this Dollar General.