General Info
"Family Owned & Established In 1990 With A Goal of Consistent Growth!" * Welcome To Caffi Brothers Auto Body Shop Where We Serve The Greater Fort Lauderdale & Miami Areas From Our Location In Hollywood, FL...Just A Mile From I-95!
Email
Email Business
Logo 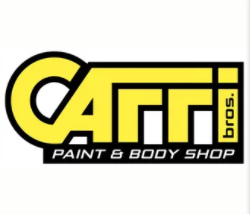 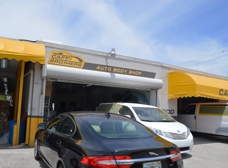 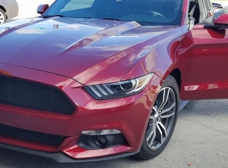 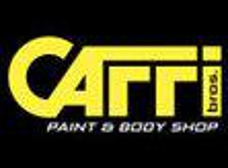 I went to Caffi Brothers because I had rust holes developing on the roof of my Expedition and my brother-in-law had some work done a few years back and was very satisified.

I took it there to see if I should repair it or buy a new car. I spoke with Luis the manager and he explained how he would cut out the rust and weld in new metal instead of doing what several other body shops offered to do, which was to slap some Bondo on it, sand it down and paint it. That type of repair would likely only last 6 months to a year and was basically just covering up the problem instead of doing it right and removing the rust cancer spots.

The estimate was very fair to fix the rust holes, the rust around the windshield, and paint the roof and the hood which was peeling. Since the estimate was reasonable and the roof repair work would last me for years to come, I decided to replace the rear bumper cover and fix the front left fender which had some minor previous damage, and get it all fixed while it was in the shop.

I checked up on the car while it was being repaired and I was shown the cut out squares of rust that were removed from the roof, so I know the work was being done right and I was not being misled.

My Expedition now looks great with a roof that will last a long time, and the front repaired and the new rear bumper cover makes it look almost like a new car again and I am comfortable knowing that I can keep it for a few more years.

I can't recommend this repair shop enough. The price was fair, the service was good, and the car looks good as new. Thank you Luis and Caffi Brothers.

They are very professional, clean and honest. I have a daughter who likes to get into car accidents and well Caffi brothers always leaves her car looking like nothing happened. Also there bathroom is very very clean but I mean spotless. With there new upgrade everything looks amazing and it doesn’t even look like a body shop. I give them a huge thumbs up for being clean, ethical, professional and exceptional!

hello my name is Matthew , i recently came to Caffi brothers body shop . i had my first accident and my Family member recommended them to me . They're service is amazing and my Car looks like it was never hit. Im really happy for the job they did It looks fantastic i recommend everyone to come here and get your car fixed. not only that but it is very convenient . thank you

Hello my name is Maria and i recently got my car fixed here at Caffi brothers auto body shop. it was a hit and run and it was my back bumper. i searched up on google for the best auto body shops and i found Caffi brothers. i am very satisfied with their services i recommend all of my friends and family to go there. my car looks brand new thanks to them and till this day i go back to fix my car. thank you !

Caffi Brothers Body Shop was recommended to me by uncle. My uncle had gotten hit in the back, badly at that. This was about a year ago. Caffi Brothers Body Shop did the work on his car. Now almost being a year later, the car back still looks great. So I considered Caffi Brothers Body Shop. I needed some paint and body work done on my Nissan 350z. It was originally painted that orange that it came with, but it was faded and chipping in certain spots, as well as rust. I gave them the car and about two weeks later I got the car back. Let me say this is some of the best, if not the best body work I have ever seen. On top of that, the prices were great, and the employees were willing to work with me however means necessary; I was very grateful for this. This is one body shop that I would offer and try to throw anyone's attentions towards in they need body work. Caffi Brothers Body Shop is an amazing body shop, with professional equipment, employees, and over all work ethics.

Very honest shop! I had a trim piece put on my smart car, which the man had accidentally broke. I just knew when I brought it back that they were going to say I somehow broke it, I was wrong! The owner right away agreed that it was the shops fault and put an order in for a new trim piece! It is hard to find a company to admit to being wrong. Caffi brothers does great work and are very Honest! Thanks caffi brothers!!!!!!!

hello my name is alex i had crashed my car i didnt know who to trust but i had found caffi brothers body shop their service is amazing they are patient and they gave me a discount i am highly recomending this to everyone !!!

by josue rosales i highly recomend this body shop im very satisfied with their work and service they are very polite and educated peaple .

WOW!!! how amazing is this body shop well let me tell you i had went to caffinbrothers body shop located in hollywood Fl they gave me a free estimate they explained to me what work will be done on the car ... than they told me how much it would cost by the way they gave me a discount theyre so wonderful persons they are so nice pleasent im very happy with my service and im recomending this to everyone to friends and family thank you .