General Info
There's a lot about indoor air quality that you might not know and certainly can't see. Up to 72 trillion microscopic irritants, or allergens, find their way into your home every day. They include dust, pollen, pet hair and dander, dust mites, mildew, lint, fungus, most tobacco smoke, cooking grease and bacteria. Many of these particles are so small that your nose and throat can't filter them out, and they can get deep into your lungs. Breathe easier with American Standard's AccuClean air filtration system -- it removes 99.98% of particles and allergens from the air in your home. AccuClean is 100 times more effective than conventional 1" throw-away filters and ionic room appliances. Choosing an American Standard air conditioner or heat pump with an Energy Star logo is an important step to saving money on your utility bills--along with consuming less energy. What can you expect from a unit carrying the Energy Star logo? Air conditioners or heat pumps that have this symbol are at least 20 percent more efficient than the federal government's current efficiency standard. Purchasing an American Standard Heating & Air Conditioning unit with the Energy Star label ensures that you're getting the highest efficiency available. Be sure to ask your American Standard Heating & Air Conditioning dealer about local incentives that are offered by many utility companies and financial institutions for the purchase of Energy Star products.
Email
Email Business
BBB Rating
A+
BBB Rating and Accreditation information may be delayed up to a week.
BBB Accredited businesses follow the BBB Code of Business Practices and pay a fee for accreditation review and monitoring. Accreditation is not a BBB endorsement or evaluation of the business’ product quality or competency in performing services.

BBB Rating and Accreditation information may be delayed up to a week.
Extra Phones 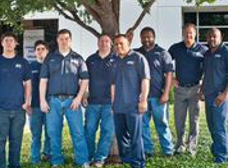 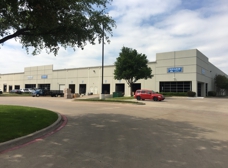 I had Jay's HVAC service company come out in early May to do a yearly checkout. The "technician" they sent out was apparently not interested in doing her job and had to be told to remove the panels in order to clean the AC Condenser unit thoroughly. She also had to be told twice to go check the evaporator unit up in the attic. She told us everything was fine and that the system did not need any refrigerant.

3 weeks later, when the weather starting getting warmer, the temperature inside temperature was not keeping up with the thermostat setting ie we set the thermostat at 72 but the actual room temperature thermostat reading was 74. We called them back to see what was going on and they sent a different technician. He discovered the unit needed 4 lbs of refrigerant which is approximately 50% of its entire capacity. The technician stated we apparently had a severe leak which, in my opinion, would have been detected had the 1st technician actually done her job. The General Manager stated the same view.

In addition, the General Manager told me the offending technician told him “She was having a bad day”. Despite this, the General Manager did not think it warranted her dismissal. OK! So, an employee lying to customers, not actually doing the job and then still taking the client’s money because “they are having a bad day” does not warrant dismissal at Jay’s Service Company.

Bottom line: Don't bother with these guys. They may have been a good outfit at one point but they apparently no longer have oversight by the person who built the business. When I asked to speak to Jay, the owner, I was told he would not speak with anyone. How is he supposed to know whether his employees are doing their job and whether the clients are satisfied if he won’t take a call?

I used this company for the first time and found the technician to be extremely courteous and professional. He was very knowledgeable and informative. I would definitely recommend this company to everyone. Apparently they've been #1 for Arkansas on Angie's list for several years. I can see why. I WILL use this company for all my heat and air needs.

Professional and courteous. And incredibly knowledgeable. When I asked several questions, the young man not only politely answered it, he would give me the reasoning behind his answer, such as what type of filters to use and why, etc. I cannot emphasize enough not only how good this company is, but how friendly the folks there are as well.

I feel like I need to comment after reading the only other review from someone who must have gotten lost in the mix. Jay's has always been professional, courteous, prompt and fair in price. They've consistently impressed me over the years. I would recommend them to all my family and friends. I think they're great.