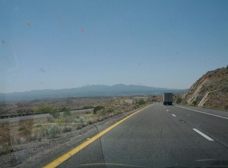 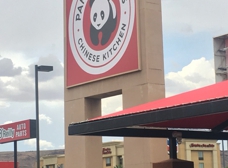 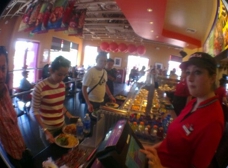 Why does anyone think that it's ok to harass someone because they work in a pizza establishment?

I walked into Panda Express last evening, only to be greeted with, “No Pizza, No Chinese Food” by the manager of the place no less. After confronting her about her rudeness, I asked for the corporate phone number, the store number, her name, and her exact position at the store. She refused to provide this information, trying to laugh this all off like it was a joke.

When has refusing service to a paying customer ever been a joke?

I’ve since gone onto the Panda Express website and written to their customer feedback team. In the mean time I will boycott the local Panda Express in Kingman, AZ for treating this paying customer so poorly. I can and will spend my money elsewhere.

All of the reviews written are 100% accurate....dirty restaurant....rude employees....i ate there and got a piece of wok brush served in my food....told management , only to not be believed and what they thought was private ridiculing i unfortunatly overheard....Where is the area manager to address these matters...This store needs a new team that respects the boss....The customer...without customers panda is done...By the way ABC chinese food is a great replacement for panda....check it out...

My fiance and I went to panda around 9pm in kingman, AZ. We didn't have much money,but decided to splerge. I got teriyaki chicken and rice, and he got beef and broccoli, and orange chicken. The teriyaki chicken had black pan scraps in it and old chicken. (It was the bottom of the pan and it shouldn't have been served. I also noticed that people who came in after us got fresh food. We didn't. ) What was worse is that I chipped a tooth on a chicken bone that was at least two inches long. My fiance checked it too, and saw it was definitely a bone. He brought it to the manager just to be more informative than anything. Not two minutes later, the manager returned with a piece of chicken, NOT the bone, and said after thorough examination, it was a piece of chicken, not a bone. I told her we know what it was, and she insisted. She walked away and the younger chef came out in a threatening manner to hear what we were saying. The employees and manager hid and gossiped. I called the hotline and was told Brenda Martinez, the Area Manager, would be calling. I'm still waiting. I'm a manager myself and found the food, service, chefs, and behavior to be abhorrent. DO NOT GO HERE. I'm sickened by crap like this. I won't go away or be quiet until I'm heard.

I went to Pandas two weeks ago and I always use to go every other day because I really loved one of the employees in there when I used to go to lunch I would ask for Oil Chilli and that person never hesitated to give me Oil Chili. Well One day i went with my family member to have her eat the same thing I get since I talk about it all the time and I asked the girl for the Chilli at the drive which this is my first time ordering from Drive thru since I normally come in and get my food and take it out side to eat. Well this girl was so unprofessional she didnt know how to say "Sorry Ma'am there isnt any" Not we are not allowed to give that out. Well I dont want it for free but this girl didnt bother to see if I wanted to pay for it just a plain no. So I asked her to talk to her Manager another kid that claims he is a manager , I looked at him and did not look like no manager he looked like a new hired kid. I asked him If he can sell my the Oil Chilli he said we are not allot to give that out I said Im not asking for it for free but he said either way we cant give it out then he rudely asked me who gives it to you cause we are not allowed to give that out and that person will be fired well Why would I tell on my favorite person that was helping me out every other day when I would go for lunch. Thats just not fair wow. Really On top of a long wait and being rude this guy wants to give me crap...I dont think so I will never ever come in to this Pandas in Kingman, AZ NEVER EVER AGAIN... I dont recommend anyone to go in there there rude and just unprofessional. This never happens at any Taco Bell Or Mcdonalds...this soppose to be a big franchise but with this kind of service who would go back...I dont think so. bye Pandas.