General Info
Sports Village Fitness, in Lebanon, TN, is the area's leading fitness center serving Wilson County, Lebanon, Mt. Juliet and surrounding areas since 1987. Winner of Best of The Best in Wilson County 7 Years in a row! We offer a multipurpose health and fitness center, personal training, swimming pools, treadmills and more. For all your health fitness needs, contact Sports Village Fitness in Lebanon!
Email
Email Business
BBB Rating
A+
BBB Rating and Accreditation information may be delayed up to a week.
Extra Phones 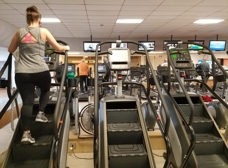 To be brief, we decided to cancel after a month and a half. Now we have to pay for 10 additional months even though we haven't been and won't be visiting whatsoever. This isn't a case of joining a gym and not using it. This is a case of cancelling but being obligated to pay for 10 months of future non-use.

Having already paid $284.80 for 49 days, the manager insists that we pay an additional $720. Based on our opinion and the opinions of every person we have discussed this with, this is an example of being treated like a number and not a person. Regardless, yes - technically we signed a piece of paper. But yes - technically you can get a speeding ticket for doing 36mph in a 35mph zone. This is the definition of a waste of money, but it is more about the principle/reality/bad business than money.

That said, the members are nice people. Most of the staff seemed fine. During our "49 days" we only used the weight room but the rest of the place seemed nice too.

Basically, from one number to another, don't expect any form of a bridge between policy and reality.