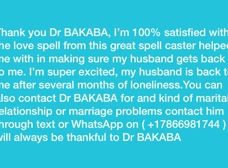 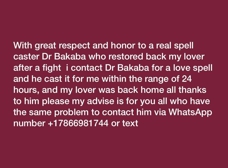 I saw Lauren at a retail show in LA and she charged $35 for a short 15 minute reading. She said some things that were fairly general that could have applied to most people. She further said that she needed to do more work spiritual work on me for $100 as I was a special case and that there would be a breakthrough after 3-5 days. She guaranteed this and if I was unsatisfied with the results I could have a full refund of $100. I visited her home the next night and she said she checked into my case and that I had such strong negativity from 3 jealous people with initials J, M, and S. I tend to be a hermit and hardly socialize outside some close friends so I wasn't sure who these people were. She further said a special stone was touring the US and was between Sacramento and SF. The caretakers said they could allow her to use it to absorb my energy if it was brought to LA. I said I was up for it and she said there would be no fee. Two days later she said the caretakers needed $2,900 deposit to use the stone for 48 hours. And it would be fully refunded. When I said nothing, she replied that the church could cover $2,200 and asked if I could come up with the rest. I said I can't do that. I already paid the $100 and was told there was no additional fee. She repeated that it would be refunded. First of all, Anytime someone tells me there is no fee but a refundable deposit is required, I get very wary. Second, i shouldn't have to put down any deposit for additional services. I paid for a service and it's not my fault additional tools are required for a treatment. Third, I didn't see how they could transport the stone so fast that it would have arrived the next day before I even confirmed a deposit. It's supposed to be a special stone on tour, meaning it would have been housed in a museum or sacred place. Not someplace where you can just pick it up go without filling out paperwork. I was asked to see the stone the next day even before confirming I was paying a deposit. Fourth, the short notices of having a small window to do this treatment felt too pressured to me. Fifth, a powerful Channeler/Medium/Psychic etc rarely needs another object for assistance. I've cleared many issues such as past lives with very powerful Channelers and Bamboo Therapy Treatments. I've even served as a channel myself. Lauren was nice about my issue of not paying a $700 deposit, but she refuses to refund me the $100. Her reason was that she spent a lot of time in my case. However, she did say that I would get a full refund if my case wasn't completed. I was ready and willing to complete the process, but not if it involved handing over $700. Especially after seeing the previous review of the woman who lost her $500 deposit. If my $100 was refunded as promised, I would not have written this review. Hope this review helps.

This place is a scam. Lauren woods and Valerie williams scammed me out of $500 by telling me I was giving them a deposit. I haven,t heard from her since. DO NOT give them any business! She claims to be of God but she is a thief!