General Info
At Home Optical, we’re putting care and convenience back into the process of getting glasses, contacts, and sunglasses. Visit us today.
Email
Email Business
Extra Phones 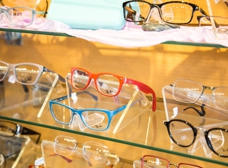 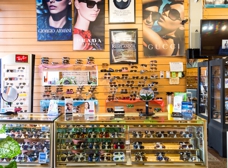 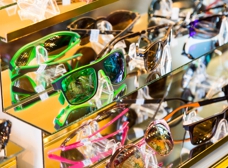 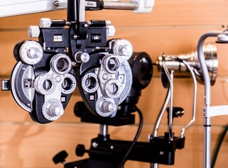 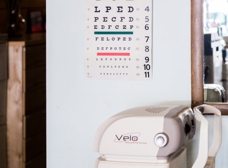 "The customer service is Excellent! I highly recommend it." they have a large selection, and very good prices!

If I could give this place less that one star I would, its terrible! If you have insurance be very careful going to this place these people are crooks! I went to home optical to get a pair of glasses, I have Davis Vision Insurance which pays $100 for frames and an addition %20 off of the difference for frames that are not Davis Vision. I got a pair of Prada frame and I asked for high quality reflective lens for which I had to pay an addition $55 copay for. My total out of pocket cost was $230, Right after I finished paying I saw some D & G frames that I like better and were $80 less, I asked Rachel if it would be a problem for me to change it and she said no that she would refund me the difference when my glasses where ready. More that a week later my glasses where finally ready but when I went to pick them up I was told I only had a credit for $38, and was told to come back when Rachel was there. I felt like I was being ripped off.

What Rachel didn't know is that I'm a licensed health insurance agent and I sell Davis Vision! So before I went back I called my contact at Davis Vision and had her pull the claim. I found out that she had order the lens with a lower quality $40 reflective lens instead of the $55 one I had asked for. My total out of pocket cost should have been $136 so she owed me $94. When I confronted her with this she was at first insisting that she ordered the lens with the $55 reflective coating but after a while she gave in and agree to give me $15 credit for that, but she added a $40 copay on to my total out of pocket cost saying that I was responsible for that too because I choose a premium frame I argued with her that you only pay that copay if you choose a Davis Vision frame but she refused to refund me that money and only gave me a refund for $54 which I still have not seen posted back on my credit card. I left and called Davis Vision immediately and told them what happened, they called her and a few minute later Rachel called me doesn't even apologies for charging me more just tells me that she will be mailing me a check for $40 .

I was lucky that I have knowledge of how my insurance works so she was not able to rip me, but I can't imagine how many people she pulls this on and gets away with it.

My advice would be to always call your insurance company and asked them what your total out of pocket cost is going to be and if you order any special feature call after you receive your glasses and ask what the claims were for to make sure you are really got what you paid for.