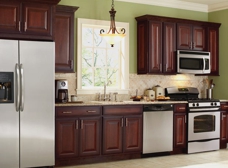 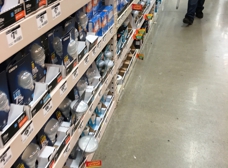 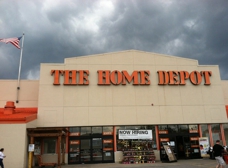 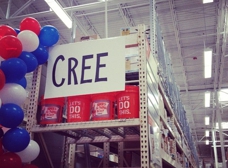 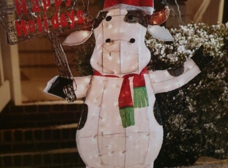 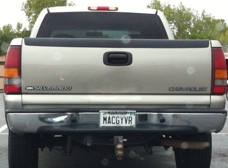 The Home Depot in Bellevue is a smaller store but maintains a good selection at an average price. The workers are friendly and helpful.

I mainly shop here because it's close to my house and the prices seem fair. Their main problem is that they don't have enough employees on the store floor to help customers. I had a issue yesterday when I was trying to bush a bush for our yard. Two employees couldn't correctly tell me where this type of bush was located. I found it myself. Frustrating!

It is nice having a store so close that has everything you might need for weekend projects and unexpected failures.

Good place if you know what you are looking for. Really like their garden shop. Everything gets
" picked through" quickly though.

Good store with nice selection. There is a woman that is very knowledgeable in the outdoor nursery center that deserves 5 stars for all of her expertise.

This HD is the best. Whatever I need they will find it. I always leave with the right equipment and parts. Hands down the best customer service!

Great home improvement store. Have a wonderful garden section also with flowers, bushes and trees. Have a nice section of Christmas decorations also.

they greet you at the door and are ready and happy to assist you with whatever you need. if they cannot then they will escort you to an associate that is better skilled to help you!

Recently visited the paint department at the Bellevue Home Depot. Ask for Tom! He was so helpful and knowledgeable. I was confused about the proper paint and primer when I first went in, but he quickly answered all my questions. I left with my paint feeling relieved.

Great customer service! I always go in not knowing where to look for what I need, and everytime I'm greeted and taken exactly where I need to go!

We shop here A LOT! People are always friendly and go out of their way to make sure you find what you need!

I have been trying to get my kitchen remodeled now for 3 months. I bought Maytag appliances and the only piece that has not had to be returned for dents or damage when it was delivered was the range. The first dishwasher had a big dent in the door so we had to get a truck and return it and get another one, the same with the microwave. But the worst is the refrigerator, we had two delivered dented and a third with broken bins and shelves, but I thought since at least it was not dented, I would just let them get me the broken parts .. They arrived broken twice, so I took them back to home Depot and they said they would have them delivered there, now 3 weeks later, they have nothing. t this point and after have the refrigerator ordered for 2 months and still not having the parts, I am feed up. I have stayed home 6 days for deliveries and went to Home depot 7 times. I feel the owe ne some sort of reimbursement for my time and the missing parts. The costumer service person agreed and said she ordered the parts but when I went in to get that and accredit to my Home Depo credit card, she had me go see if the parts were in in appliances and after the looked for 30 minutes to find out they had not ordered the, she was gone. Now that will take another trip in to talk to her or another 2 days wasted. I can now order the frig directly from Maytag for %250 less than I paid, so I have asked Home Depot for $300 for my wasted days and time. I do not think this is unreasonable, If the refuse this tomorrow, I am having the whole lot of appliances picked up and returned. I have been of the phone for 10 hours with maytag and then to home depot 5 times, I still can not finish my kitchen until I know these appliance will be taken out or stay and I am feed up. Everyone says they will make it right but no one has or seems to be trying. I have tried to be nice but I have had it. My two stars are not for these people, they would get far less but the 2 or 3 employees that do try and understand that when you pay thousands of dollars for something, you want it new and undented and when you ordered it, not two or three months later and still messed up and waiting