Trusted in Repairing Transmissions in South Florida Since 1972.

Family-Owned & Operated in SFL Since 1972! Quality Service at Affordable Rates.

General Info
We are a one-stop source for all of your transmission needs in Miami. Our ASE-certified shop specializes in transmission repairs and transmission parts for foreign and domestic cars, trucks, and RV's. We repair and replace automatic and standard transmissions and is a complete drive line specialist. Our transmission shop can also install torque converters and offers diagnostic services. Located in Miami, we've been family-owned-and-operated, so we have the expert experience you are looking for. Our quality work is guaranteed, so stop in to learn more about our services. We are a member of ATSG and serve all of Dade County. Call us today!
Email
Email Business
Business History
Family Owned and Operated for Over 34 Years.
BBB Rating
A+
BBB Rating and Accreditation information may be delayed up to a week.
Logo 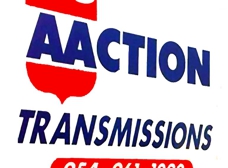 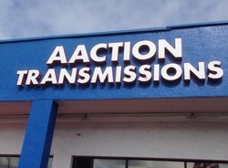 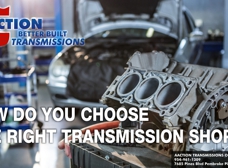 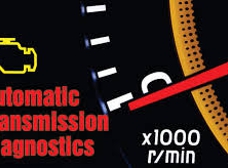 Dan was amazing...helped me through a tricky reimbursement process by working with AAA claims adjuster..... he got my transmission repaired and my car is working great!
Thanks so much!

I brought my car in on Monday it was ready on Wednesday I couldn’t be happier it drives like brand new well done.

Al, Dan the whole crew get 5 stars from me . I had my personnal truck transmission go out on me 6 years ago and they had it towed in to there shop for free and hooked me up with a rental car very good price so I could continue on to work. Then they rebuilt my transmission and had my truck back to me in 2 days.Now 6 years later I driving my work Van and lost reverse so I went back to Aaction Trans. talked to Dan about 5 O clock Wed. - they gave me a ride home and they rebuilt my Van transmission , called me up Fri. morn 9:30 and told me my Van was ready. Unbelievable quick --- very professional people -- I recommend these guys for anything wrong with your vehicle --- they are very honest group, explain to you on whats wrong and have very good mechanics. I highly recommend this group . John K

Went to Dan with my 2006 TL that was transmission issues. Dan was very friendly, professional, and forthcoming about everything. He even helped secure financing for the work needed since I was in a real bind. Very prompt service. I had my vehicle a whole day earlier then was promised, which ended up saving me some money on a rental car for work. Highly recommend AACCTION TRANSMISSION for any work needed of the sort. Very satisfied.

They are totally trustworthy and walked me through everything. I would recommend them to all my family and friends!

I don't just to thank Aaction Transmissions for always doing a good job on my cars over the years I also want to thank them and tell everyone that no matter what car problem I have, I can always come by the shop for them to test drive, scan and check any problems I may be experiencing. Even if it isn't a transmission problem, they are always honest and are happy to recommend me to a engine mechanic they know well and recommend. Thanks to Aaction and Staff!!!! HIGHLY RECOMMENDED!!!!!

These guys do a great job. This is the 2nd car in my household I've taken to this shop in the past few years and I just want to thank them for what they do. I feel free to recommend them to anyone.

I did my homework and research and Aaction Transmissions in Pembroke Pines had the Best Price in the area. I spoke with Al who did a complete rebuild for hundreds less than anyone else in the area and they finished my car FAST!!!!! I got a 1 yr warranty and the service was fantastic. I highly recommend this place....

These guys were Great. I was referred to them by the Service adviser at my dealership when I was told my dealership warranty wouldn't cover the repairs. Aaction Towed my car for free and rebuilt my transmission in 2 days and I even got a full 1 year warranty. Best transmission shop in the area.

The team at Action is superb. They were friendly and courteous. My first interaction with Action was when I spoke to Al on a Sunday morning. I was having trouble with my Honda and he was able to have it towed that morning. I met the rest of team and my car on Monday. After the road test, they explained to me the issue and gave me a quote that was fair for the job that had to be done. I would definitely go back and highly recommend them.

Great service on my car and very good costumer service. The prices were fair and the amount of time that it took was short.

In the past 6 years I have taken 2 cars to Aaction Transmission. The first time I went to Aaction, my 2001 Honda Accord broke down on the Turnpike (and Griffin Rd). A passing Hollywood police officer who helped me, suggested Aaction because they do a lot of work for many of the departments in South Florida. I called and spoke with Al who had my Honda towed from the turnpike FOR FREE to their shop! I can't say enough good things about Al (the Owner) and his staff!!!!! They explained everything to me in detail and got me back on the road in 2 days. I drove that Honda for another 80,000 miles with no problems until I totaled it in 2013.

In September 2016, the 2nd time I went to Aaction, my wife's 2008 Dodge Caravan with only 48k miles was making a loud "whining" noise and the Check Engine light went on. The Dodge was still under warranty so I took it to the dealership who misdiagnosed the problem (probably on purpose because they didn't want to pay for it) and it progressively got worst then the transmission began slipping and BANGING as it shift between gears. I immediately called Aaction who did a FREE DIAGNOSTIC and they "leveled" with me. The transmission in the Caravan was "SHOT." It needed a complete rebuild. Although it was under warranty the dealer (and their warranty company) did everything they could NOT to help me. Aaction accepts Extended Warranties from dealerships and warranty companies and they fought on my behalf with the warranty company until they finally was able to help me. The Dealership wanted $4,800.00 and Aaction did it for less than half of that.

I wish all mechanics were like the guys at Aaction. They never got frustrated when I asked the same questions over and over again and when they didn't have an answer, the guys at Aaction were always "straight" with me and went the EXTRA MILE for me.

I have recommend Aaction Transmissions to my brother and a few people at my job and they all say the same thing. 5 STARS!

The boys at Aaction Transmissions are great! They towed in my 2007 Honda Civic for free, did a complete diag of my car. They were very informative and took me thru step by step what it was going to take to get me back on the road. They are very professional, took the time to explain everything and exceed my expectations. Mt Honda drives great now and I have a complete warranty on all work performed. I would highly recommend this shop to all friends and family. They even refereed me to another shop to get my O2 sensors changed, called and made the appointment for me..

Had my Dodge Ram 1500 transmission rebuilt here and they did an outstanding job. My truck rides like the day I drove it off the Dealers lot.

Great customer service from the folks at Aaction Pembroke Pines! They treat you with respect and courtesy and answer all your questions. I had my '02 Honda Accord's transmission rebuilt and they were able to complete the job in a couple days. They also conducted a follow-up diagnostic check two to three weeks later to make sure everything's running smoothly.

I have a 2006 Isuzu Assender Suv, took it to AAction Transmission March 2015, had problems shifting gears, they rebuilt my Transmission now everything is great. Took it back to them March 7th 2016 to change fluid after 18,000 miles still drinking good. Thanks to Dan, Stef and everybody at AAction Transmission. Excellent Shop!!

Great service, very quick turn around. Service rep. was great Dan Diffily. This is my second vehicle that was serviced there and would highly recommend AAction Transmissions

I have a 2006 Nissan Frontier, The radiator came apart inside and damaged the transmission. It wouldn't shift. The guys here are very professional, and polite. They took care of me and now my truck is driving great. I went to the dealer and they wanted an obscene about on money to repair it. The price here was fair and honest. They showed me everything that was broken and that was being replaced. It is hard to find an honest transmission shop. I will recommend everyone I know that has a transmission problem to see these guys. I will be back in a year to get my service performed as recommend

Thanks to AACTION I'm back on the road after 7 months of my car not running due to a transmission fail. My first impression of the shop was that it was very clean and organized. There team answered every question I had and more. I have a Acura TL 06 with 60k miles and is running like new again. My car was only there for 3 days when I was told by other shops that it would take at least 4-5 days. I highly recommend this place, they made me feel extremely comfortable leaving my car in there hands.