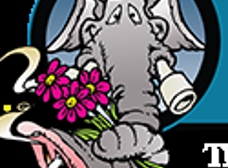 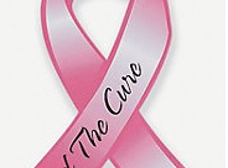 Jessie and Chris from Plumbing Masters showed up shortly as the office personnel had indicated. Both were very personable and professional in their mannerisms and work. The kitchen facet was loose and in need of tightening and both bathroom commodes in need of some internal repairs due to age. Jessie explained what needed to be done and all repairs were taken care of in a timely manner. The guys also did a nice job cleaning up. Good job and happy with the results!

I noticed water leaking out of my dishwasher and when I opened it, there was a pool of water with a horrible odor. I called Plumbing Masters and Mike and Daniel showed up 30 minutes later. Instead of trying to upsell me, Mike and Daniel were honest and told me exactly what was wrong. They worked with me on the price and even though I could tell they were here for longer than they expected, they took their time and did a quality job. Mike and Daniel at Pluming Masters do honest work at a fair price. I will be calling them from now on.

I was in need of a plumber to replace a kitchen faucet and I called Plumbing Masters and they were able to dispatch someone quickly. They called about 30 minutes before the plumber was scheduled to arrive and sent me an email of the person who would be coming to the house with his picture. Robin was very professional, personal and efficient. He had to go get a faucet for me because the existing one could not be repaired. He chose one that fit in nicely with my kitchen. I'm very please so far with my experience with Plumbing Masters.

I would definitely recommend this company to friends and family. The office personnel were friendly and very helpful and the service tech was very professional and courteous

Great customers service!! They come out with in an hour on a Sunday, worked around my schedule to get everything completed, and I always knew who was coming. Thank you Todd, Jim and Jesse for getting everything cleared and working again.

Joe Middleton provided our service and he was GREAT! He was professional, courteous and very funny. He fixed our bathroom faucet that broke while I was turning it off. He said that it broke due to the poor quality water and he recommended that we look into a water filtration system to help us to avoid any future problems. We are very happy with his service.