General Info
Ralph Allen owns Lefty's Auto Electric Co. Ralph has a great staff that does not give up until they find and fix your problem. Lefty's Auto Electric Inc. Co., opened in 1974 by Mr. Lefty himself. In 1984, we moved and built our location in Phoenix, Arizona. Being a 3rd generation business, makes us stand out from the crowd along with our exceptional customer service and 100% satisfaction guarantee. We have a comfortable waiting room with free WiFi, coffee, magazines, and vending machines to enjoy your stay. With over 40 years experience, we know just how to fix all your auto needs! Call Today!
Email
Email Business
BBB Rating
A+
BBB Rating and Accreditation information may be delayed up to a week.
BBB Accredited businesses follow the BBB Code of Business Practices and pay a fee for accreditation review and monitoring. Accreditation is not a BBB endorsement or evaluation of the business’ product quality or competency in performing services. 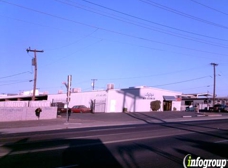 I have a 96 and 97 Suzuki Sidekick Sports that I use for banging around in the desert. I had a parasitic drain in the 97 that I couldn't figure out. Took it to these and they tracked it down to the defunct aftermarket security system and a gps tracking unit that had been installed by the dealership to track down car if buyer defaulted. Removed both, showed me old parts, problem gone, only about $250.

Since the alarm system on the 96 was also failing I wanted to get that out so I wouldn't get locked out and check for a gps unit as well. They took out the alarm system and did not find a gps unit. Showed me the old parts and only charged $80.

They could have easily claimed that second car also had a gps unit and charged me more, but they didn't which proves that they are honest.

Super competent and super honest. Glad to know of a great auto electric place I can go if I have any other electrical problems which is likely since I beat the crap out of these cars 4 wheelin in the desert!

Don't go there. I took my car in for a heating problem and they guaranteed that their repair would fix it. They charged me 170. and there was no change in the heating problem. As far as I am concerned they are CROOKS!

My transmission went out. I found out that an electric issue caused the problem in the first place. Lefty's had it figured out very quickly: the Oxygen sensor shorted blowing the fuse to the transmission which in turn caused the tranny to do all kinds of weird things like destroy itself. The service was friendly and well worth the money. They even called me when they found out what the problem was to make sure I understood how much the repair would cost and what it would take to get me out the door. Thanks Lefty's!