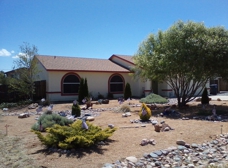 Quad City Business News featured Ace Moving not long ago with the owners proudly proclaiming the 'concierge' customer service offered by their company. This couldn't be further from the truth considering the suffering we experienced from our move with them.

First, they needed to push back the initial start time by an hour, then were late by almost another hour never providing a satisfactory reason or returning calls during the delinquent time frame.

Second, when they did finally show up the 'staff' consisted of temporary employed individuals that were out of shape, never moved furniture or household items before, and were careless resulting in broken furniture, appliances, scuffed walls, scratched floors, and excessive time used in process. Furthermore, the move was in such disarray one temp quit within the hour upon arriving after a heated argument in our house which creating a short-handed, chaotic mess of the already ill-prepared crew.

The promised 8 to 10 ten hour job was now clearly going to exceed that time frame and flow into the next day as over 6 hours was used and not even a third of the house was loaded. Due to the required vacate timeframe from the sale of our house, I was then forced to get involved and add my experience to the moving process. I assisted with all heavy lifts directing staff on not only how to navigate the items through the old house but also in the offload in the new house. Emotional stress and physical labor was extreme in the process.

Finally, when reconciling the bill, no apologies, no accountability, and no acknowledgement of damages or discount associated to the ruined antique items or my labor were included in the bottom line. In fact, I was accused of being 'unreasonable' when the subjects were even mentioned.

A sincere hope that anyone who might read this will avoid the pain, suffering, and loss that has been experienced by using Ace Moving. Never, and I mean ever, would I use or recommend this company.