By Appointment Only: No 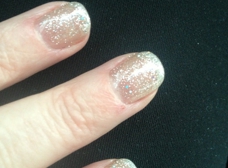 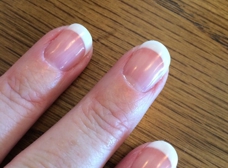 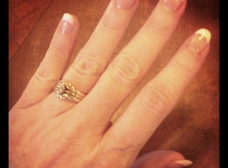 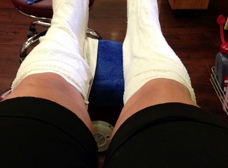 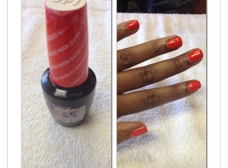 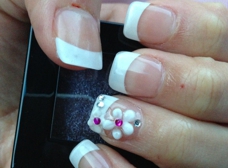 Loved the service we received at solace. I called about 3 hours before and was able to get an appointment for pedicures for 3 adults and 1 child. We were seated as soon as we came in and after we picked our color. They were very thorough on our feet and gave amazing hot stone massages. Would definitely come back!!

Spa prices at a nail shop atmosphere. I was treated well.
No complaints. Just a bit shabby for the name/price/location.

They were wonderful! My husband and I both had their Mani/pedi combo. He said he wants to go back too! The people at the shop explained everything very clearly, were patient, and did a great job! We will definitely be back.

Is it possible to give NO STARS as a rating? I cannot begin to describe the HORRIFIC visits that I had to go through at this salon. The staff that helped me the first time was an older lady, when she was done with them it had look like I could had done it myself. My fingers were bleeding and crooked, just HORRIBLE. I had to go back a second time to finish out my gift certificate. Needless to say, I should had let it expire because I would not recommend anyone that i know to come to this terrible business. The place looks great, dont get me wrong. But if i am going to pay for an overprice place like this, I would at least expect the service and product to be the same. BEWARE. Spend your money where it really is appreciated.

I hate this salon! The stylist are so unprofessional (like the kind you watch on Tabitha Salon Take-over ). They talk about what party they attended last night, the night clubs they frequent, and one of the times we went there, I had my 5 year old daughter in the chair and the stylist starts talking to me about a local swingers-sexual website! I WAS SHOCKED! Anyway, I recently thought I'd give them one last shot, and I bought my mother a gift-card at their salon; she lost it and even though they found the record where I purchased it on my credit card and it had never been cashed in, they refused to go ahead and honor it - I m done with them and have offered their name to the NWA Bad Business Directory! Furthermore, when I called to speak to the manager or owner, the owner lied to me... When she answered the phone, she told me that the owner was not available and then asked what I needed; after describing my problem, she informed me that she was the owner and I could take my business elsewhere. I asked her about why she lied to me and told me the owner was not in the salon and she said; "That's our company policy when people ask to speak to the owner". What the heck!

I gave this place a 2nd chance and I still was not happy. I received a gift card for this place and was really excited until I got there. It took standing in the door way at least 3 minutes before I was even acknowledged. They kept trying to get me to sit in a pedi station even though I was only there for nails and I had to wait about 30 min even though I had an appointment. The manicurist was very rough and the second time I went to (finish off my gift card) I actually bled on two different fingers!!! my nails look cloudy and the polish is applied unevenly:(

Stay away if you value your hands

I made an appointment for 9 am. I showed up about 5 minutes early and the doors were locked, but the open sign was on. So I decided to wait for someone to come unlock them. I waited for 20 minutes. Called the store and just got a busy tone. This is very unprofessional and irritating. I have family and friends who patronize this business, and needless to say, I will tell them of this experience. I do not refer this salon to anyone who cares about timeliness.

they are very nice people and was fun working there ; )

This salon is awesome.I came here to get my hair color and my nails and pedicure done. I have tried many other salons around Rogers and Fayetteville but I have to say they do the best pedicures in town, especially their herbal pedicure with lavender scent My white tip full set stay glossy shiny and lasted up 3weeks without lifting up. I find their employees are very friendly and helpful. They are only a few months in business therefore all their products are brand new and very good quality. I definitely invite my friends and family to come try them.

A friend and I visited this salon to get our nails done for an event. First off the employees did not listen to the length we wanted our nails ad did what they wanted even after asking to have them shortened several times. Upon completion of the nails I noticed my nails did not see clear and almost looked foggy. 4 days later several of my nails started to lift around the edges as did my friends. Needless to say I went to another to have them looked at. The other salon told me i needed to start all over wih a new set because they were lifting so bad. They also said it looked like they were using old acrylic powder. So customers beware of the quality you will recieve. We won't be back.