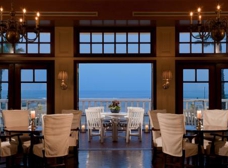 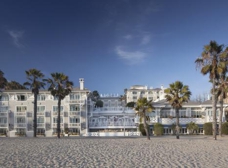 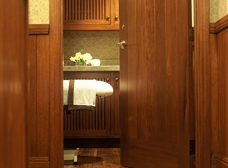 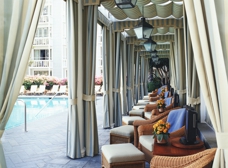 Beautiful hotel with an amazing beach view. Great for both lunch/brunch and dinner. Valet only. It's nice to just walk around and sit on the porch and enjoy your view.

Went for dinner with a friend and had a great meal. Everything from the appetizer to the main course was excellent. The manager, Ryan Reith was great also. There are windows surrounding the dining room and you can see the Santa Monica Pier with all the pretty lights from every angle. I would highly recommend.

Its a really cool hotel.

Such a cute hotel to stay in. It feels like you're in the Hamptons. Definitely a great little getaway from the hustle and bustle of LA....and it's not that far!

Shutters is a great spot for a wedding. I've been a wedding photographer for many years and just love the way shutters looks in print, my couples love it and it makes a great setting for a beautiful wedding. I highly recommend shutters and suggest you visit their locations before making a choice.

Some images can be viewed on my site at weldonsphotographydotcom

My husband and I stayed thier for our aniversary. We had a room with a balcony and view of the ocean. The room was magnificant! If you are looking for something extra special you should consider this hotel.

Shutters on the beach is an awesome place to be. The chicks are hot, the service is good, and the food is awesome. I absolutely love this place. definately coming back again. specially since this is where i met my wife Daisy.

I was given a $900 giftcard to Shutters&used it to spend the weekend there with my 8 yr old daughter on 6/29. I should have sold the giftcard&stayed somewhere else. I think Shutters gets high ratings because of the lack of options at the beach, not because of its excellent standards of service. If you want to be at the beach, stay somewhere where they are more courteous & professional. Don't stay at Casa Del Mar-it's the sister hotel of Shutters&is equally disappointing. Now, I may have high expectations, but I feel that when you stay at hotels such as Shutters, you want to relax & feel catered to (at $600 a night, I don't feel like that's a lot to ask). But I encountered numerous problems during my stay there. 1st-the valet staff is extremely discourteous. I invited 2 girlfriends to have lunch with me at the hotel. The 1st to arrive, a housewife driving a Honda with a 2 month old infant crying in the back was told to ""Go find street parking"" because she was ""not a guest of the hotel"" - when she explained she was visiting a guest they told her it didn't matter. She was unable to find other parking & had to turn around & go home. My 2nd friend to arrive (only 5 minutes later), a model driving a nice Cadillac sports car, was fawned over and welcomed by valet. Then, on the day I checked out, valet did not bring my car for 21 minutes. When they finally did, they didn't bring it to me, they parked it off to the side & ran off with my keys. When I asked why they did that & could I please have my car, the manager yelled at me that they were busy & that I had not been standing there (which was a lie). I was forced to call the front desk and ask them to come outside & sort out the problem. Last, I handed the gift card in upon checkout & was told their ""system was down"" so I had to leave it there. 2 days later, I saw that the entire amount had been charged to my credit card & none of the gift card had been applied. Management still has not resolved the issue & are impossible!

this place is very lovely and the staff is too. we had a lovely stay. the restaurants are under constrction so it is hard to get a meal

I got married here and it was beautiful. Honestly though, planning the wedding was a little difficult. I felt as though the wedding planner was a bit curt and it made me very uneasy, it was my wedding I was planning, a HUGE deal. I think she should have been a little warmer. But it turned out to be the most wonderful night of my life. If you marry here, get the seafood display for cocktail hour. It will impress the heck out your friends and family. The best part is, you need not decorate, you save a fortune in flowers etc...because the backdrop is the beach. My friends and family still talk about it! It was really my ""dream"" wedding through and through. Everything I could have ever imagined, including a drunk as hell father of the bride!

Wife and I stayed a at Shutters for a little getaway. Wife wanted a little vacation from the ho-hum. Rooms were nice. but the best are the lemon ricotta pancakes at the resturant downstairs. price was $14 per plate, but worth every penny.

My wife and I would stay again for sure.

Shutters on the Beach is a BEAUTIFUL hotel. Our room had a gorgeous view of the Santa Monica pier. Each and every employee of the hotel we encountered treated us with respect and a smile (and every attempt was made to fulfill any request we desired) At the time we visited, the hotel was undergoing some construction right above our rooms , so it was a bit noisy which was the ONLY drawback during our visit.

The rooms and suites are all white, as is the hotel. Great food at both Pedals (casual outdoor patio dining) and 1 Pico is great for special occasions.

There are not enough words to express the quality of this hotel and its staff. I moved here from NYC and was fortunate enough to stay for awhile here. I recommend this hotel to all. The staff should be applauded

go to shutters for a drink or dinner. or hope that your friends from out of town stay there so you can visit.... top notch. best place on the ocean

Although I haven't had the pleasure of staying here, I've seen the rooms, attended weddings and frequent the restaurants and bars often as a local. The ambience is lovely. Skip work early and enjoy champagne and shellfish on the patio overlooking the boardwalk or get cozy on overstuffed sofas that engulf you next to the fireplace. Perfect for holiday dinners and special occassions but why not make every day a holiday?

shutters is far and away one of the nicest beach front hotels around - located close to wonderful shopping, food, and entertanement - a must while visiting the santa monica area...

The incredible staff worked with my husband to create an unforgettable wedding-night retreat. Rose petals were strewn everywhere, bouquets perfumed the room and the staff was at our beck and call. The room was what every bride dreams of--romantic, elegant and peaceful. The Jacuzzi tub, jetted shower, plush robes and comfy bed delivered much-needed R&R. The next morning we received a delicious complimentary breakfast at the hotel's beachside Petals Cafe.