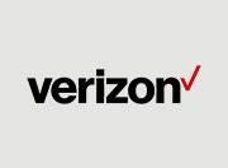 Sevierville, TN Verizon store. I Edged Up in October. 2 iPhones to 2 S5 Samsungs. The store lost the iPhones I turned in. Verizon billed me. I have spent 1 1/2 months trying to get this $794.58 credited to my account. The store admitted that they lost the phones, They kept telling me that there was a critical issue on my account and to call customer service and tell them that. The critical issue was that someone stole the phones. Customer Service told them to credit my account, but they would not. The General Manager told me that his only responsibility was to fill out a form regarding the phones. He was staying involved because he was such a good guy. In the meantime, I was being called by Verizon Collection and my phone had been turned off to any Verizon numbers. Even when I tried to call the Verizon store, my phone went immediately to Collection. I ended up calling a store in Kingsport, TN from a land line. That Manager took an interest in the case and expedited a resolution.