General Info
Visit your neighborhood Safeway located at 900 W Deuce Of Clubs, Show Low, AZ, for a convenient and friendly grocery experience! Our bakery features customizable cakes, cupcakes and more while the deli offers a variety of party trays, made to order. Our pick up service; Order Ahead, even allows you to place your bakery order online so its ready for you when you get here! At the butchers block you’ll find an assortment of meat and seafood, while the produce department is full of fresh fruits and veggies galore! Need your groceries fast? We now offer Grocery Delivery and DriveUp & Go™ to cater to our shoppers' busy lives! Our floral department offers exclusive debi lilly design™ products and services made just to your liking! Stop by our friendly, neighborhood in-store pharmacy for immunizations, prescription refills, specialty care, and so much more! Check out our Weekly Ad for store savings, earn Gas Rewards with purchases, and download our Safeway app for Safeway for U® personalized offers. For more information, visit or call (928) 532-5656. Stop by and see why our service, convenience, and fresh offerings will make Safeway your favorite local supermarket!
Email
Email Business
Payment method
cash, check, diners club, amex, discover, master card, visa, travelers checks
Other Link 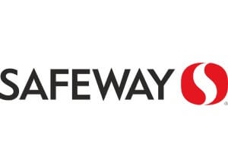 Safeway's 2 Bad Habits: Overcharging, and Not Obeying the Courts

Safeway (SWY) -- North America's second-largest supermarket chain, after Kroger (KR) -- has already gotten into hot water for ripping off customers: The state of California, which has the highest concentration of Safeway stores in the country, has sued the company repeatedly since 2003 for overcharging shoppers. A recent court order demands that Safeway and its Vons stores give a customer an item for free if it's under $5 and scans at the register for more than the lowest advertised price. For overpriced items costing more than $5, the store must hand over a $5 gift card -- one per customer. Other improperly marked-up items are to be sold at their advertised prices.

Some goods are exempted -- dairy, alcohol, tobacco, fuel and pharmacy products -- but CBS San Francisco reports that Safeway is not honoring its obligations when it comes to those groceries that fall under the judgment's purview.

"After compiling numerous similar complaints," the news outlet reports, "CBS 5 ConsumerWatch went undercover shopping at five Safeway stores in three counties. Not only were we overcharged five times, but not a single store offered to give them the item for free and two stores flat out refused."

Compounding the problem, Safeway apparently failed to post clear signs in checkout lanes explaining the policy: "When ConsumerWatch asked clerks about the signs, many had no idea where they were. One store had no signs posted at all while others were in hard to read locations."

The company's response has been far from satisfactory. Aside from apologizing for the overcharges in a statement -- and claiming that the error has been corrected -- Safeway has done essentially nothing, offering only its general 877-SAFEWAY help line as a resource for aggrieved shoppers.

Customers who experience overcharging at Safeway or Vons should contact their local department of Weights and Measures, ConsumerWatch said.