Smile Center has not yet specified accepted insurance plans.

Serving Northwest Arkansas for Over 40 Years!

General Info
We offer all general dental services, oral surgery (including wisdom teeth and implants), endodontic treatment (root canal), as well as sedation and cosmetic options like Invisalign® and Invisalign Teen™. In addition to serving Springdale, we also serve the Fayetteville and Rogers communities, where each patient is our number one priority. Our mission is to provide exceptional oral health to the community through offering superior service in an atmosphere of comfort and ease. This mindset has made us the number one dental clinic in the area throughout the years!
Services/Products
Dentists.
Brands
Invisalign
Payment method
discover, amex, insurance, all major credit cards
Associations
Invisalign
Other Links 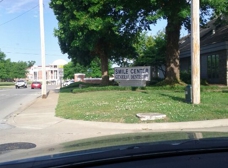 I will never again schedule an appointment here and I strongly encourage you not to! I was treated horribly by the staff at the smile center in Springdale Ar. The office ladies were very spiteful and demeaning to me as a person. I didn't know customer service could get this bad. I decided against allowing them to work on my teeth because I figured a dentist that allows customers to be treated in this manner isn't trustworthy for a cleaning!

DO NOT see these people.. Have a fear of dentists? Run like h***!!! Their motto is we cater to cowards. Yeah... they cater by poking fun at you with nice gestures like laughing and rolling their eyes when you try to talk to them about the panic attack youre about to have. OH.. and they like to talk about patients to other employees. Your time and money should be spent somewhere that actually gives a s***. The people are RUDE. Especially the last hygenist I had. I was having problems with the bite wing xray so she rolled her eyes and stomped off to get some "help". She didnt get as far as she thought though because I could still hear her talking about the "b**** in room soandso". I let that one go. Then the dr came in. Looked nice enough. NOPE. I think he was even more rude than his hygenist. That was fun. Then I received pricing for some simple filings and a crown... almost double a quote I got from another office. So I called and spoke to the nicest receptionist. (I think she should get out of there before they corrupt her into a heartless b****). Speaking of bitches, please pray that you NEVER have to deal with the treatment coordinator. EVER.
I have some dental work that I'm having to have some fillings redone because of their shotty workmanship also.
Dont bother try to contact the Better Business Bureau about them either. They're not accredited.

When moved to NWA my dentist spoke highly of The Smile Center & I agree. All of the staff are really friendly. One trick they taught me to help w/periodontal problems was to use my toothbrush on my gum line as well as my teeth. Since I've been doing this my gums have stopped receding and I no longer have "pockets". Also the dentists aren't "filling happy" like the dentist I had as a child. I've had crowns & cavities filled. They're quick, thorough & relatively painless. If you want, they'll give you nitrous (laughing gas) so it's truly pain-free.

On occasion my kids have missed appts. because of school & they've never charged us for missed appts., even though they have a right to. I suppose it's all in how you deal with them.

I live in Fayetteville but find it worth it to make the short drive to The Smile Center in Springdale. My husband & two college-age kids all go to the Smile Center & couldn't be happier.

Absolutely horrible dentists here, do NOT go here...awful! I would like to give LESS than one star!

I sat waiting for my dentist and watched while he attended to other patients during my appointment hour. That, I could get over -- making me sit with my head reclined ( in trendelenberg position) for another hour while he visited other patients, I could not get over. To be clear, this took over two hrs. He came in numbed my gums with lidocaine then put the gas mask on me and walked out. I was in this position for so long that the lidocaine went up into my sinuses and this was uncomfortable. I guess he thought by leaving me with the gas on that I wouldn't care?? Well, I did, and the gas gave me a headache it was on for so long. I should have gotten up and walked out right then. Also, he gave me really crappy fillings that he didn't take any time doing, he was incredibly rough and left filling debris in my mouth and throat, got testy when I asked to have it suctioned! After all this, I had to have them redone by another dentist.

You want a good dentist, go see Dr. Ross in Fayetteville -- he is awesome and he doesn't treat you like crap. He also has an awesome team of hygenists that really care about cleaning your teeth. That are amazingly kind and understanding ladies.

My new dentist told me that the fillings that the Smile Center put in were terrible and already breaking down after 3 wks. of putting them in. He showed me the x-ray and it was pretty clear just how shoddy the fillings were. They had gaps and big chunks of the filling material sticking jaggedly out from my teeth. What exactly is so prima donna about reacting to having replace just placed fillings due to shoddy work? I marked your review as "not helpful" as you obviously lack a sense of empathy and commonsense.

Further, I never leave reviews, but the Smile Center gives such terrible service that I felt compelled to let people know. The only good thing that I can say about that place is that the hygenist was nice along with the receptionist. When I came out, they both gave me this look like they knew it was terrible service and made an effort to be extra nice to me. I appreciated that. It isn't their fault that the dentist is incompetent. Some people need to change careers or retire altogether before they get so jaded as to abuse those they are supposed to provide a service to. This dentist is one of those people.

Lastly, generally speaking, when you have your teeth x-rayed, make sure that they give you a lead covering for your neck to protect your thyroid from getting exposed to the radiation. Put on your shock face, but the 'Smile Center' did not provide this for me and when I asked, I got a "I don't know". Any reputable dentist would provide this essential protection. There is better service out there. Just have to search a bit to find it.

I have been going there for over 25 years. I have always received great care. I've seen multiple hygienist and dentists and they are all very kind and gentle. And they do a great job with the shots too! I am very suprised and skeptical of some of the reviews. Jblok12 review doesn't make sense. He supposedly had to have work redone from them, but supposedly his visit was that bad, and the quote he got was supposedly twice as much as another quote. It doesn't make sense that he would have chosen them to do the work in the first place if his experience was what he said.

Do NOT go to this place. I had a crown that was very expensive and at the time they did root canals there as well. First when I had another root canal done as the reccomedation of the Smile Center at another place, I was told the root canal on my other tooth was not filled properly causing inflammation and I would need another one. Second the crown has come off 5 times in just a couple of years. The first time I went to them to have it re-sealed, they charged me $50. They said they were ONLY charging me because the dentist that did it did not work there anymore. It had only been 6 months! I kept going back to the thinking they would take care of their work. NOT!!! They are terrible and most of the hygienists are very rude. Never again will I go there.

Not sure why those two people had such a bad experience, but you just cant please some people. I've been going there for 15 years and have had nothing but good experiences. Staff has always been kind and willing to help.

Dont ever go there. He charges way to much. They told me an amount then when they finished they were $45 more. He said sorry it was a mistake. Ya a mistake in there favor. Very rude people, that use inappropriate language. I would give this business a F