Quality automotive repair shop you can count on!

General Info
Sun City Exxon has been proudly serving Sun City and West Valley residents since 1973. We offer a variety of services including Auto Repair & Servicing, Brake Repair, Engine Repair, Tune-Ups, Automotive Air Conditioning Repair, Automotive Electrical Repair and more! We work on all makes and models of cars, and trucks. Please call for large applications as we do work on motorhomes, and other large trucks. We also do body repair and anything in between.
Email
Email Business
BBB Rating
A+
BBB Rating and Accreditation information may be delayed up to a week.
BBB Accredited businesses follow the BBB Code of Business Practices and pay a fee for accreditation review and monitoring. Accreditation is not a BBB endorsement or evaluation of the business’ product quality or competency in performing services. 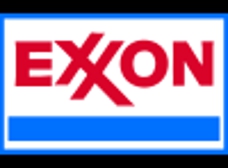 horrible customer service...don't go there...they don't stand behind their work. They add things while trying to fix problems and then want u to pay for it....mind u I still have the problem

Here is my story : They offered me a free estimate for car repair (in my case a second opinion) and promised they could offer a better price. They also promised I would be under no obligation. They did not call as promised and when they finally did the price was almost the same, yet they were elimating much of the first shops parts. WHAT??? Went to pick up my car and they tried to tell me I would have to come back 2 days later and then produced a $100 estimate bill. My car was missing the front piece and they claimed it could not be found and owner's son verbally threatened both of us over the phone!! Saying he would come down to kick some a$$!!! Ragging and carrying on and telling me I could not take my vehicle until Monday. I immediately called the police as they were trying to use my car as a hostage. Sherriffs agreed! They stood by as protection while I took my car. Meanwhile, owner's son showed up after the fact and tried to start trouble threatening my ex husband and I and trying to start a fight!!!!! STAY FAR AWAY from these crooks!!!!!! They take advantage of people and their money!!!! There are better places in the area for repairs...please don't fall prey to these vultures!!!!!!! Unprofessional to where they are laughable...very sad!!!!!

We took our car to Mike's because they were the closest AAA approved mechanic to our home. We were amazed at how cheap their prices are, yet how excellent their service is. They can't be beat in price, service and customer service. We plan to be customers of Mike's for many years to come!